In response to an epidemic of opioid overdose deaths in Canada, distribution of the opioid antagonist naloxone has been identified as a key emergency measure to effectively prevent rising mortality. As a result, the programs aimed to distribute publicly-funded naloxone kits have been launched across the country.

Between January and May 2019, CRISM developed an environmental scan to consolidate information regarding current practices and programs aimed to distribute naloxone for use in suspected opioid overdose in Canada. The environmental scan process reviewed available grey literature and used interviews with key informants to better understand access and distribution of naloxone across Canadian jurisdictions.

Released in June 2019, the scan finds that over 590,000 publicly-funded naloxone kits have been distributed across more than 8,700 distribution sites in Canada. More than 61,000 kits have been reported used to reverse an overdose. Currently, all provinces and territories maintain publicly funded take-home naloxone programs. While access to naloxone has increased across the country, there remain important barriers to achieving equitable access across communities. 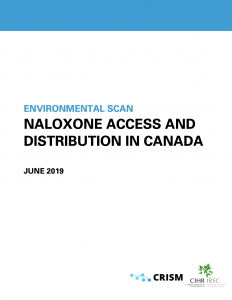 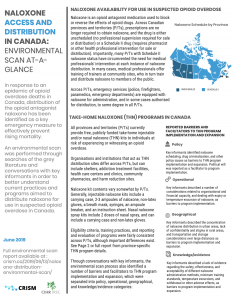 Timeline of Naloxone Distribution in Canada 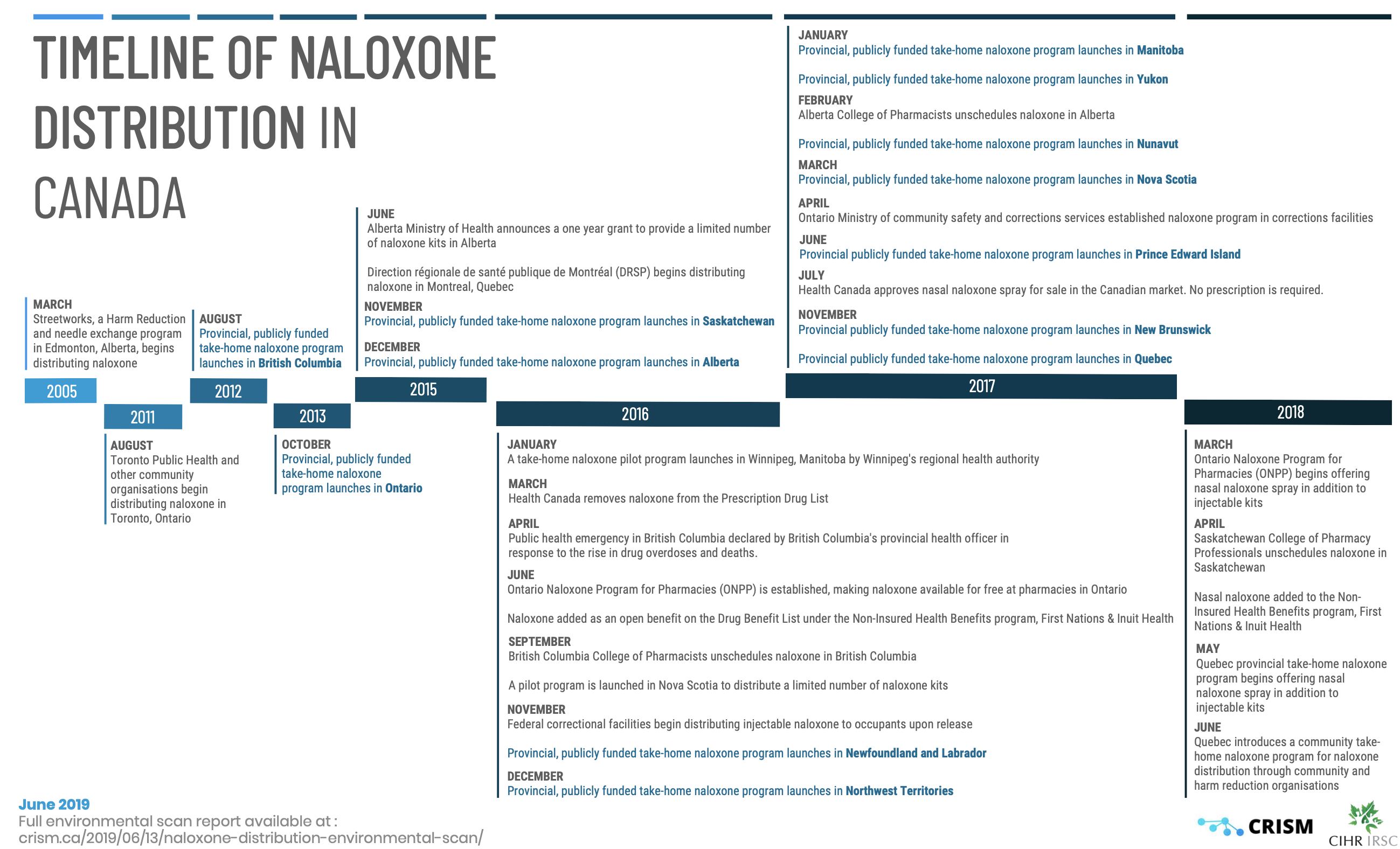